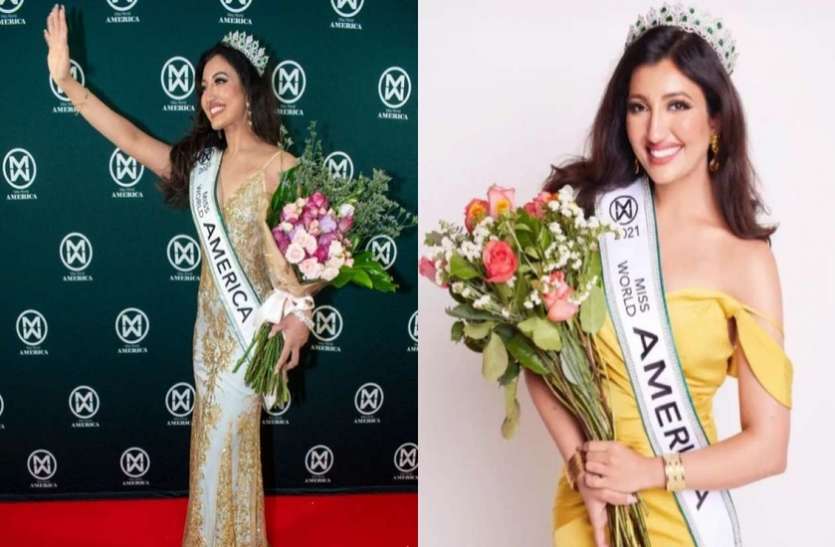 Presently, Mr. Saini lives in Washington, USA and is also the MWA National Beauty with a Purpose Ambassador. While living in Washington, she has been helping people. He has done many works related to heart disease. At the age of 12, Saini had to install a pacemaker due to heart ailment. Not only this, he had suffered serious injuries on his face in an accident but he never gave up and today he has won such a huge honor.

After winning the Miss World America 2021 title, Mr. Saini said, “I am very happy and also nervous. I cannot express my feelings in words. I would like to give the credit of my victory to my parents. Especially my mother who has always supported me and I would like to thank Miss World America for this honor. At the same time, in Abohar, Shri Saini’s maternal grandparents TR Sachdeva and Vijay Lakshmi said – we are proud of him. A dream has come true.

Please tell that Shri Saini was born on 6 January 1996 in Ludhiana. When she was five years old, she shifted to the US. After which all his studies were done in America. Before winning the title of Miss World America, Mr. Saini has won many more beauty pageants. In Miss World America 2019 also she gave a good competition but due to medical emergency she could not complete the competition.