Why was paddy procurement postponed in Punjab, Haryana? The reason given by the central government 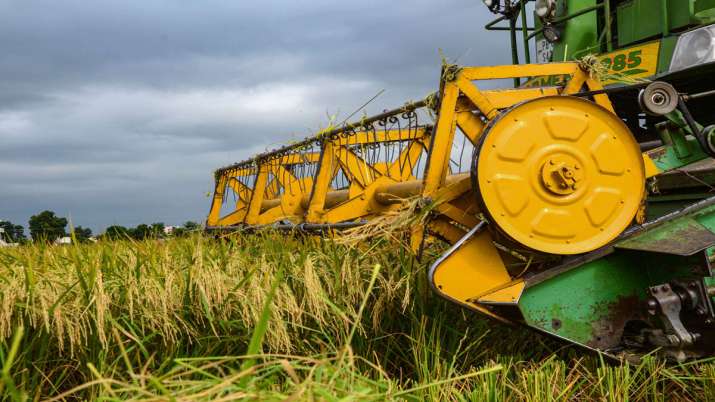 New Delhi. With the Center postponing the procurement of paddy till October 11, the Union Food Ministry said on Friday that this has been done to protect the interest of farmers as paddy with high moisture content due to unseasonal rains, is being procured. centers and may result in loss to the farmers.

The ministry said the paddy samples – tested by the regional offices of the Food Corporation of India (FCI), a state-owned undertaking in Punjab and Haryana. It showed that Punjab’s paddy had 18 to 22 per cent moisture, while Haryana had 18.2-22.7 per cent moisture as against the permissible limit of 17 per cent.

It said that due to unseasonal rains in the second fortnight of September, the moisture content of paddy crop in both the agricultural states was high, affecting the standing kharif crop. “Accordingly, in order to avoid inconvenience to the farmers and to safeguard the interest of the farmers, the Government of India has decided that the procurement of paddy under Minimum Support Price (MSP) will be done in Punjab and Haryana on October 11, 2021,” the ministry said in a statement. and has advised all agencies to be ready to help the farmers.”

The Haryana government had also written to the Center informing about the unseasonal rains and requested for relaxation in the moisture content in paddy. Accordingly, the Punjab and Haryana Governments have also been requested to advise their agencies to dry the already arrived paddy and the further produce can be brought to the mandi after drying adequately.

Citing the data of the India Meteorological Department (IMD), the ministry said Punjab and Haryana received 77 per cent and 139 per cent more rainfall than normal, respectively, during September. Below normal temperatures were recorded at most places due to rain. It was raining in some parts of both the states on September 29 and 30. He said that due to unseasonal rains there is delay in the maturity of paddy grains.

Meanwhile, in Chandigarh, senior Congress leader Randeep Singh Surjewala hit out at the BJP-led government at the Center for postponing the procurement of Kharif paddy till October 11, alleging that it was a clear attempt to end paddy procurement at MSP. There is conspiracy. In Punjab, the procurement of paddy for the 2021-22 kharif marketing season was to begin from October 1, while in Haryana it was to officially start from September 25.