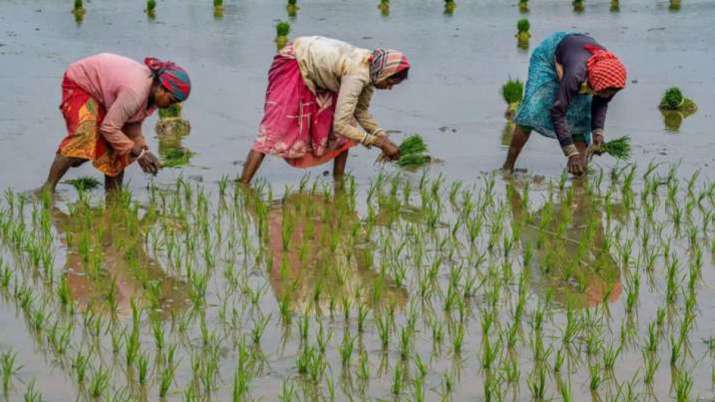 Chandigarh: Procurement of paddy, the main Kharif crop in Punjab and Haryana, will start from October 3. Both the states gave this information on Saturday. The states said that the central government has accepted their request in this regard. Earlier, the Center had postponed the procurement of paddy till October 11 due to heavy rains. It was strongly opposed by the farmers of both the states.

Haryana Chief Minister Manohar Lal Khattar said, “Union Consumer Affairs Minister Ashwini Kumar Choubey has accepted our request. The procurement will now start from October 3,” Khattar said after a meeting with the Union Minister. He was accompanied by Deputy Chief Minister Dushyant Chautala and State Agriculture Minister JP Dalal. He said that the paddy crop has reached the mandis. Keeping in mind the interests of the farmers, Choubey was urged to start the procurement at the earliest.

Punjab Chief Minister Charanjit Singh Channi raised the issue with Prime Minister Narendra Modi on Friday. He said that this decision would bring relief to the farmers and ensure smooth procurement without any hindrance. The procurement of Kharif crops paddy and millet was earlier to start from October 1, but due to heavy rains, the Center had announced to postpone it till October 11.

The Center said that the moisture content in the new arrivals is more than the permissible limit. The farmers were quite dissatisfied with this decision. Farmers had protested against it in many parts of both the states. The protesting farmers broke the police barricade. At the same time, the police also showered water on them. Farmers also protested near the Chief Minister’s residence in Karnal. In Punjab, farmers protested outside the residences of state Assembly Speaker Rana KP Singh in Rupnagar and MLA Harjot Kamal in Moga.

The Samyukta Kisan Morcha (SKM), a leading organization of farmer unions, is agitating against the three agricultural laws of the Centre. The SKM had on Friday announced a protest outside the residences of MLAs from Punjab and Haryana. Khattar said farmers demonstrated at many places. He said that the Haryana government also believes that procurement should start on time.

Couldn’t have found a better life partner than Alia: Ranbir