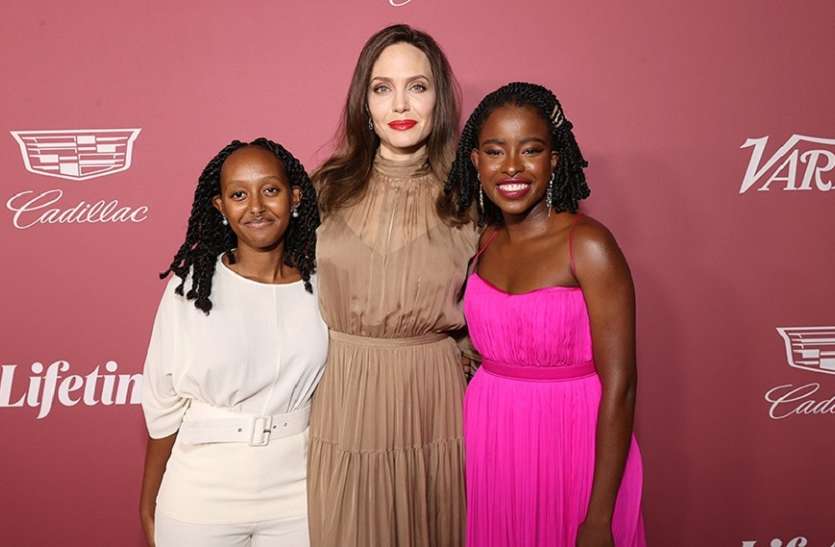 Superstar director, actress, and humanitarian Angelina Jolie arrives at the Beverly Hills festival with her daughter, Zahara Jolie-Pitt. She had arrived to pay respects to poet Amanda Gorman – who captivated the nation at the inauguration of President Joe Biden in January.

“The young lady who walked the stage fearlessly on the opening day. Not only became the smallest but also the strongest voice we needed at that time.” Jolie said. Jolie commends Amanda, saying that if anyone can bring people forward with her words at this time, it’s Gorman.

“Amanda, as well as celebrating your extraordinary achievements, we honor every other girl like you who feels like an outsider,” Jolie said. “So many girls have endured so much in life – from poverty, from rejection, clenched fists, or the steel of a gun. How many Amandas are living in Afghanistan, hiding their magazines, waiting to see Will they be allowed to go to school? As if one has the right to decide what a woman can and cannot do with her mind and body.”

Jolie, who walked the carpet with Gorman and Zahra, commented, “There is probably nothing more beautiful, more challenging, and more volatile than the free mind of a woman who thinks. Surely it takes so much effort to constrain her.” “
After a thunderous applause, Jolie finally said this: “Everyone should come together to protect those who have the power of free speech – the weapon of free speech. I am like a light. May you burn fearlessly and light the way for others.