Angelina Jolie spotted at The Weekend LA together; What are you dating? 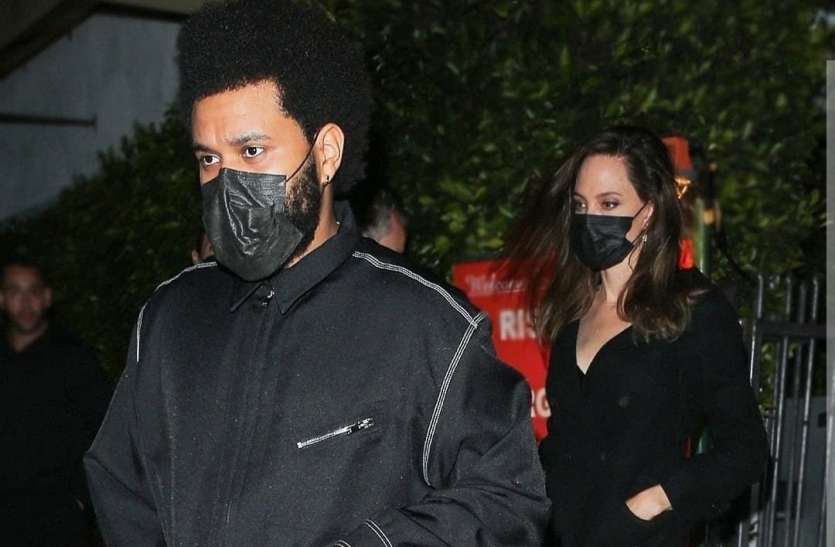 Angelina Jolie and The Weeknd continued to fuel dating rumors after the two were recently spotted together in Los Angeles. According to Fox News, the Maleficent actress and After Hours singer was spotted leaving Giorgio Baldi’s restaurant in an all black outfit and matching mask.

They were also seen in the same luxurious Italian restaurant in late June. A news outlet reported that Jolie and The Weeknd (Abel Tesfaye) had dinner and chat for over two hours and then went out together at the same SVU.

A close friend of The Weeknd previously told Page Six that their relationship could be work-related. “He’s not trying to hide the dinner date,” he said, “he’s definitely focused on the movie business. He has a new HBO series he’s starring in.”

The former Super Bowl halftime show artist’s name was last linked to model Bella Hadid. They started dating in 2015, broke up in 2016, and then reunited in 2017 and split again in 2019. During his break, the Blinding Lights singer had a 10-month relationship with Selena Gomez. Meanwhile, Angelina is locked in a bitter court battle with ex-husband Brad Pitt over the custody of their children. The former couple has six children, Maddox, Pax, Zahra, Shiloh, and 13-year-old twins Vivienne and Knox. Maddox is not involved in court battles because he is 20 years old.