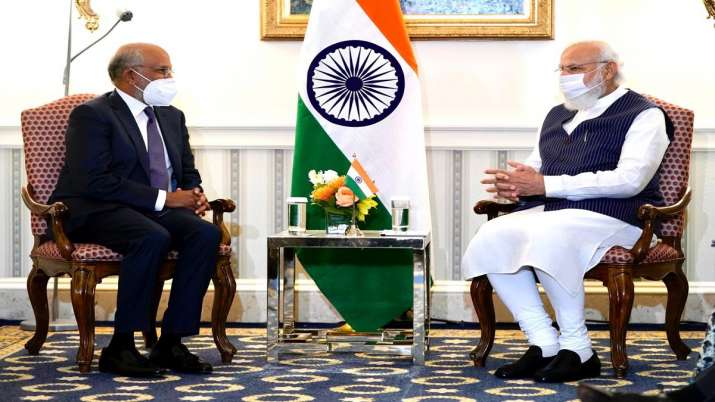 New Delhi. Prime Minister Modi, who arrived in America, today met the heads of 5 big companies of the world. It also included Shantanu Narain, president and chief executive officer of Adobe, one of the world’s largest software companies. According to the information given by the PMO through a tweet, the main topics of conversation were to promote education and research to the youth through technology. Along with this, talks were also held about the forward direction of India’s startup sector.

While talking after the meeting, Shantanu Narayan said that it is always good to hear from the Prime Minister how he wants to see India progress. In what was discussed, it was important to continue to invest more in innovation.

Indian-origin Shantanu Narayan is the President and Chief Executive Officer of Adobe, one of the largest software companies in the world. Adobe’s mission is to change the world through digital experiences that serve a large customer base, from students to the largest enterprises in the business world. As CEO, Shantanu has transformed the company by pioneering a cloud-based model for its creative, setting global standards for digital documents, and building and leading a better digital experience.