Madhya Pradesh: Tears came out of chilli farmers, farming is proving to be a loss-making deal due to falling prices 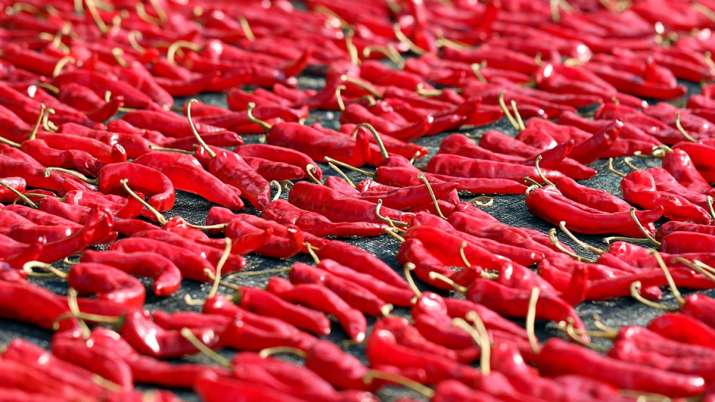 Indore. Chilli cultivation in Madhya Pradesh is proving to be a loss-making deal for the farmers as the wholesale prices of this spice crop have fallen to such an extent that due to the high production, it is difficult for them to meet the cost of its production and harvesting it from the field. Gajanand Yadav of Khargone district of Nimar region, the state’s largest chilli producer, is one of these farmers who have sown chilli in five acres.

He told on Tuesday, “At present the wholesale purchase price of green chillies is running between Rs 11 to Rs 12 per kg, whereas it costs us around Rs 8 to grow a kg of chillies and the laborers Rs 5 instead of plucking it from the field. Remuneration is taken in kilograms. Yadav told that last year farmers got high price of up to Rs 42 for one kg of green chilli and in view of this their attraction towards its cultivation increased in the current season.

An official of the Horticulture Department said that the wholesale prices of green chillies have fallen due to the high production of green chillies in the state, but in the coming days when it dries up and turns red, the farmers are hopeful of getting a better price for it. The Nimar region of western Madhya Pradesh is counted among the major chilli producing regions of the country.