India has more than 400 projects going on in Afghanistan, now Taliban said this big thing 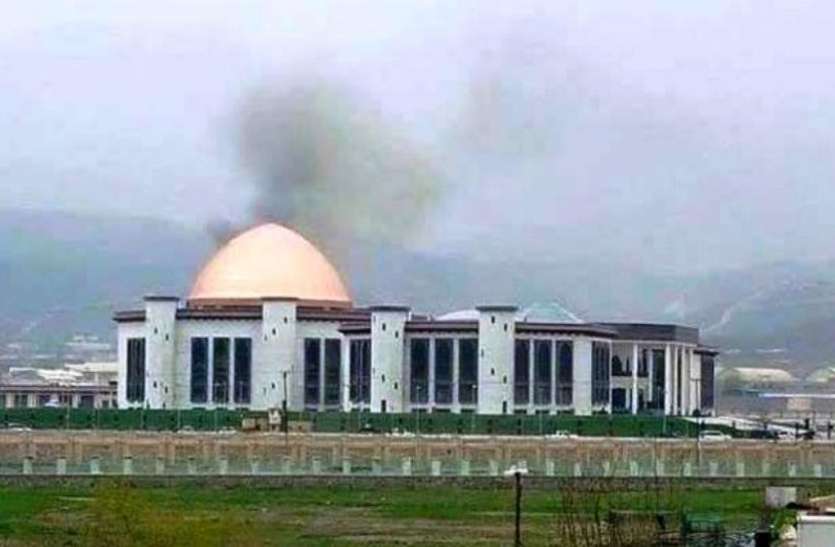 Taliban spokesman Suhail Shaheen has said that no country will be allowed to use Afghan soil against others. Yes.. India can complete its unfinished construction projects here. He should also fulfill it.’

Kabul. There is an atmosphere of panic in Afghanistan after the occupation of Taliban and people are seen running here and there to save their lives. On the other hand, the eyes of the international world are also fixed on Afghanistan, including India, because India has invested billions of rupees in Afghanistan.

In such a situation, since the Taliban’s occupation of Afghanistan, many questions have arisen, the answer to which is probably hidden in the trough of the future. However, now the second question is what will happen to these investments of India with the Taliban in power in Afghanistan?

Also read: – Afghanistan Crisis: The pain of the Afghan student – ​​Taliban fanatics came to know, if they are studying, they will kill the family members

India has made its intention clear from the beginning to recognize the Taliban, but in response to a question, the Taliban has also clarified its stand regarding India. Taliban has said that India should complete all the projects started in Afghanistan.

Taliban clarified its stand regarding India

The Taliban clarified their stand on India and said that incomplete projects in Afghanistan should be completed. In an interview given to Pakistani news channel Hum TV, Taliban spokesman Suhail Shaheen said, “No country will be allowed to use the soil of Afghanistan against others.” Yes.. India can complete its unfinished construction projects here. He should also fulfill it.’

With regard to India not recognizing the Taliban, Shaheen said, “We will not allow Afghanistan’s soil to be used against others under any circumstances.” This is our clear cut policy. If India has started work here, it should be completed, because it is all for the people here.

Meanwhile, the Taliban once again reiterated that it does not want to be a part of the India-Pakistan dispute under any circumstances. We are just a people fighting for freedom and the people of Afghanistan.

These are the five big projects of India in Afghanistan

Also read: When Taliban killed Afghan President Mohammad Najibullah and hanged him from a pole of a traffic light

Construction of Salma Dam -: India has constructed Salma Dam in Herat province of Afghanistan. It was inaugurated by PM Modi in 2016. 42 MW of electricity is produced through this dam. It is also known as Friendship Dam.

Highway construction: India has invested heavily in the construction of a highway in Zaranj, the capital of Afghanistan’s Nimruz province, to increase its access to Iran. Through this highway, the city of Zaranj can be easily reached through Chabahar port of Iran. Apart from this, Tajikistan, Uzbekistan, Kyrgyzstan can be easily reached through this highway. But now this highway is occupied by the Taliban.

Construction of health center :- India had rebuilt the Indira Gandhi Institute for Child Health in the capital Kabul. Apart from this, many health centers have also been built in Balkh, Kandahar, Khosht, Kunar, Nimruj, Paktia, Nuristan.

Charu Asopa has stamped on ending the relationship with Rajiv Sen, after this post, how many more hints are needed!

Charu Asopa has stamped on ending the relationship with Rajiv Sen, after this post, how many more hints are needed!

Who will be the winner of ‘Khatron Ke Khiladi 12’? Show’s host Rohit Shetty revealed in talks