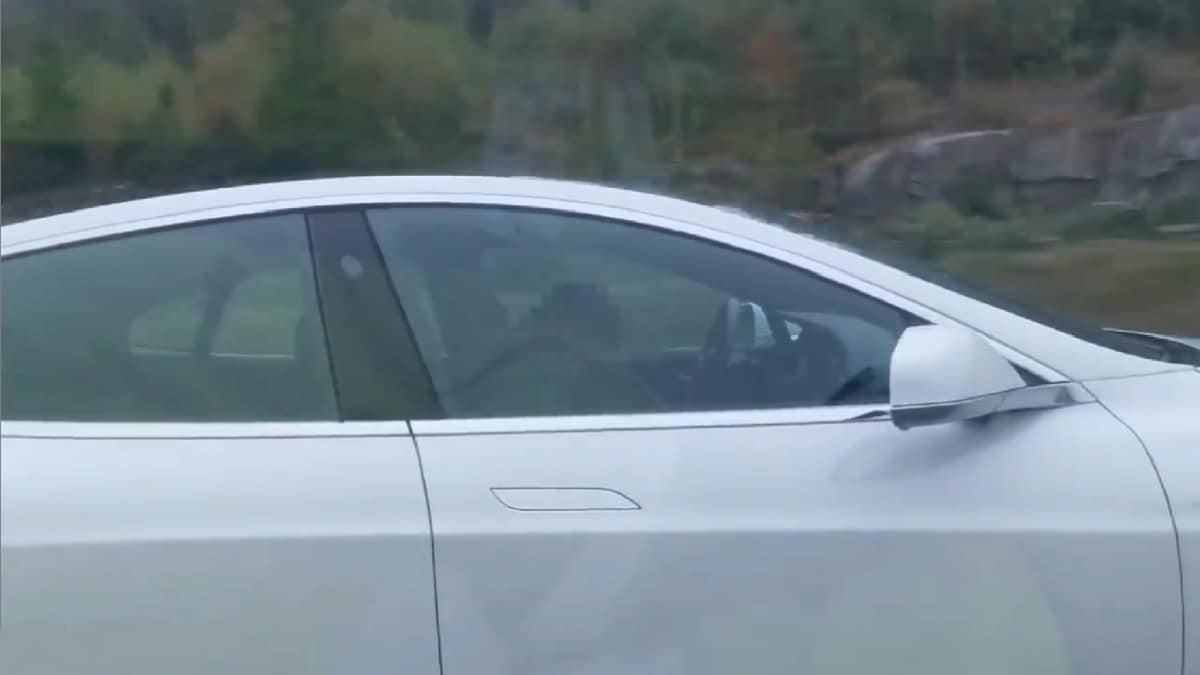 Elon Musk’s electric automobile company Tesla is known for its autopilot system. Electric cars developed by the company come equipped with this system, due to which the driver does not have to drive the car himself all the time. By activating the autopilot system, this system drives the car itself. In the recent past, the way this system works has divided people’s thinking. Where on one hand many accidents have happened due to this system. At the same time, many AC incidents have come to the fore, where this car has also saved the driver from the accident. One such new video has surfaced, where a man allegedly drunk fell asleep in a speeding Tesla car, but the car stopped itself on the side of the road.

Actually, suddenly a video came from Norway viral It has started happening, which is being shared by a few other Twitter accounts, including the Austin Texas Tesla Owners Club, the official partner of the Tesla owners club program. share Has been done. It can be clearly seen in the video that a person is sleeping in a Tesla electric car running at high speed on the highway. The man sitting in the other car is recording a video of it and is seen trying to wake him up. The other car followed the Tesla car for a long distance and saw that the Tesla car automatically stopped on the road when a tunnel approached. The car was apparently stopped by Tesla’s Autopilot system.

After this, at the end of the video, the person making the video and some other car drivers were seen waking up the driver by knocking on the window of this Tesla.

Subsequently, the Eastern Police District of Norway Tweet Shared, in which information about this incident was given in German language. Translated, it turns out that the person driving the Tesla was 24 years old and fainted while driving his Model S. Police say the driver refused to drive while intoxicated. The police further informed that necessary tests were also conducted on this person. his license temporarily suspended and a case has also been registered against the driver.

Tesla’s Autopilot keeps popping up for many incidents. Some people share videos of accidents caused by this system, while others share videos of major accidents averted because of it. At the same time, many times such videos also come out, which show that this system still needs further improvement. A similar video surfaced recently, where Tesla Autopilot was mistaking the moon glowing in yellow as the yellow light of a traffic signal. Read this news here.