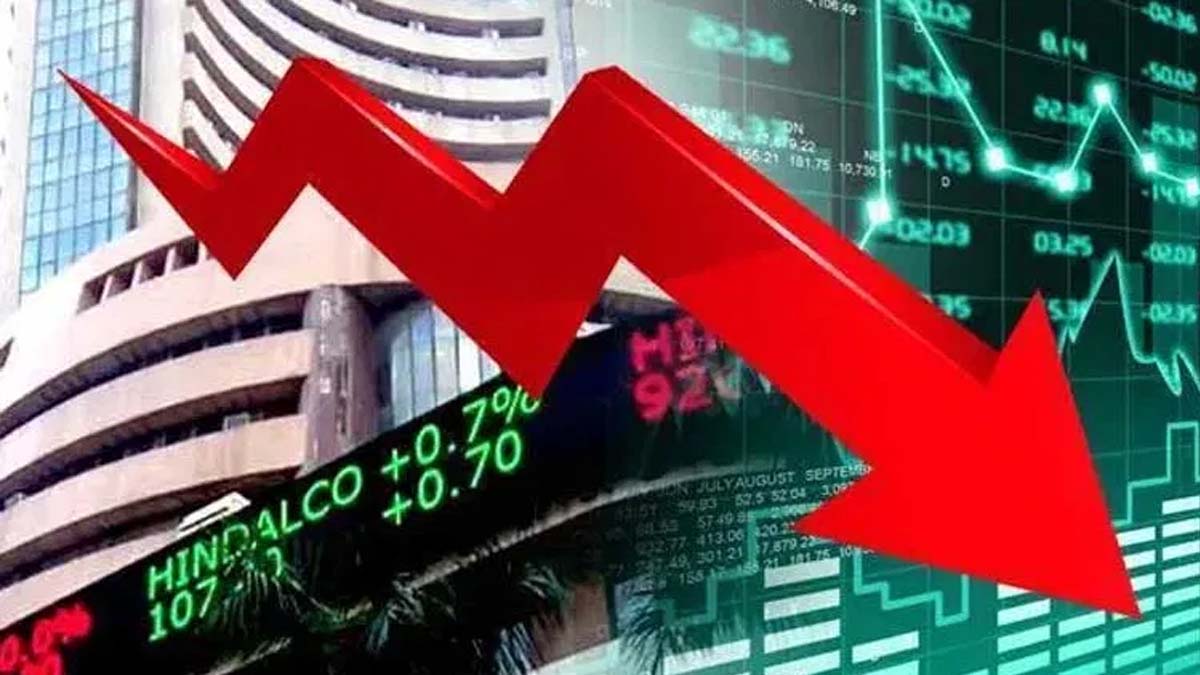 Mumbai: Domestic stock markets fell on Friday and both Sensex and Nifty closed with minor losses. Markets fell on selling in bank, financial and metal stocks in the last hour of trading amid a weak global trend. The 30-share BSE Sensex closed at 52,586.84, down 66.23 points, or 0.13 per cent. The Nifty of the National Stock Exchange also closed at 15,763.05, down 15.40 points or 0.10 percent.

According to traders, the market remained in a limited range for most of the time during trading. Investors took a cautious approach on the back of a weak global trend. Selling pressure was seen here at the close of trade after the European markets opened in negative territory.

Bajaj Finance was the biggest loser in the Sensex shares at 2.59 per cent. Besides, State Bank of India, Bajaj Finserv, Tata Steel, Asian Paints and Axis Bank were also major losers.

Vinod Nair, Head of Research, Geojit Financial Services said, “The domestic equity markets witnessed a one-time rally, supported by stocks of pharma, pharmaceutical and auto companies. But a weak global trend kept the momentum going. Inflation in the euro area rose to 2.2 percent year-on-year in July. This exceeds the target of the European Central Bank. This affected the European markets. The situation in the Chinese market also remains critical.

“Pharmaceutics bounced back and worries about weak Q1 results allayed as major companies’ continued results were in line with market expectations,” he said. Fertilizer companies were also stressed today as Chinese companies have been asked to suspend exports to ensure domestic supply.

BSE Midcap and Smallcap (indices linked to mid-cap and small-cap stocks) gained 0.69 per cent. In other Asian markets, Shanghai, Hong Kong, Tokyo and Seoul closed with losses. Major European markets witnessed a declining trend in mid-day trade. The rupee lost 13 paise to close at 74.42 against the US dollar.

Meanwhile, international oil benchmark Brent crude fell 0.21 per cent to 75.89. According to the data available with the stock market, Foreign Institutional Investors (FIIs) were net sellers in the capital market on Thursday. He sold shares worth Rs 866.26 crore.(Agency)