This rocket of China poses a threat to these countries of the world, ready to fall after losing control 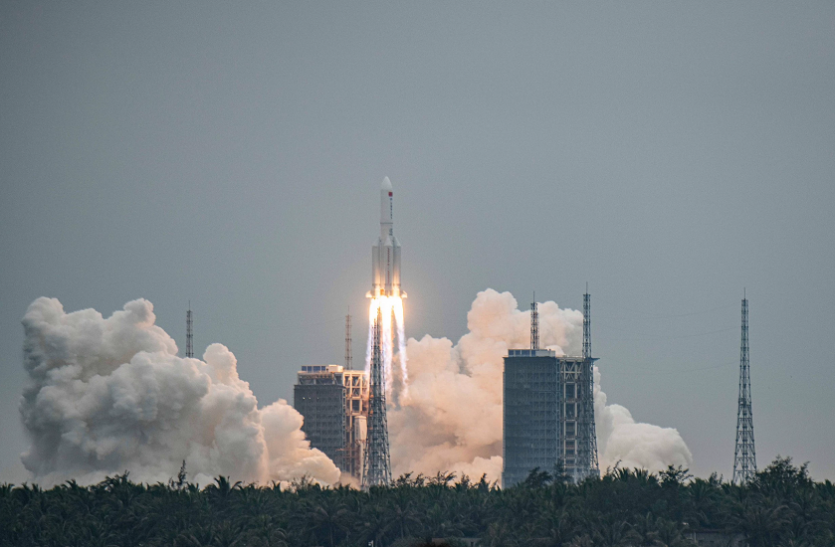 The Chinese rocket that was sent into space can fall uncontrolled on the earth any day.

New Delhi. The Chinese rocket that was sent into space can fall uncontrolled on the earth any day. This is the 100 feet long main part of the rocket. Its weight is around 21 tons. Let me tell you that this is not the first such incident, even before that, a Chinese rocket fell into West Africa and the Atlantic Ocean on May 4 last year. This rocket ruined an entire village, although there has been a relief that no one lives in this village.

This Chinese rocket named Long March 5BY2 is currently circling around the Earth in a low-Earth orbit. The height of which is between 170 km and 372 km from the earth. The speed of this Chinese rocket is 25,490 kilometers per hour. The width of the rocket’s core from which the earth is being threatened is 16 feet. On April 28, China released the rocket to build its Tianhe space station. Its task was to take a module to the special station. According to the information, the module had to return to the earth in a controlled manner after successfully leaving the designated orbit. But the Chinese space agency lost control over it.

However, sensing its danger on Earth, radars of different countries are keeping a close watch on it, so that people can be alerted to see its direction towards any country. According to scientists, most of the core will be burnt to ashes as soon as it comes into the earth’s atmosphere, but the remaining part will bring devastation wherever it falls.