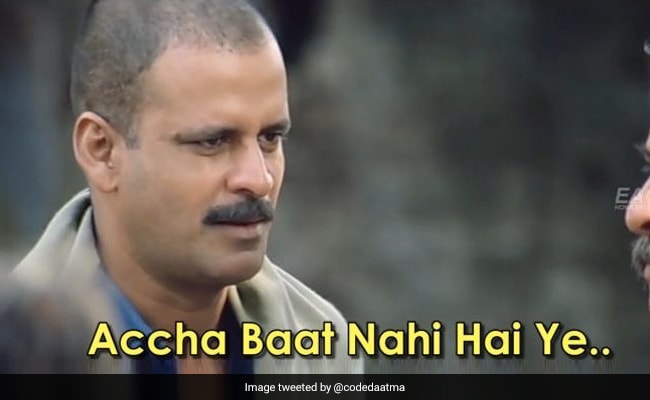 The Indian Premier League (IPL), which has been running smoothly for almost a month, was postponed indefinitely on Tuesday (IPL 2021 Postponed) due to several cases of Kovid-19 being detected in the bio bubble. After the KKR team, now the players of the Hyderabad team (SRH) have also been hit by Corona. With the Hyderabad player being Corona positive, the entire team has gone to Isolation. Earlier, symptoms of corona were found in KKR’s Varun Chakravarthy and Sandeep Warrier. On the other hand, the support staff of Chennai Superkings also became Corona Positive (COVID-19 Positive). In such a situation, the BCCI has postponed the IPL indefinitely with immediate effect. On Twitter, the mood among IPL fans was somewhat sad. However, after receiving the news of IPL postponement, some people are comforting the fans by sharing shares (IPL 2021 Memes).

Let’s take a look at some of the memes that flooded Twitter after the news of IPL postponement started:

Indian Premier League to get suspended due to Covid-19#iplcancel

Rcb fans reaction be like when they hear ipl is suspended pic.twitter.com/SvLPp2ZOYb

League chairman Brijesh Patel told PTI, “The tournament has been suspended indefinitely. We will try to organize this competition in the next available time, but this month there is no such possibility. ”

The announcement was made after Sunrisers Hyderabad wicketkeeper batsman Wriddhiman Saha and Delhi Capitals spinner Amit Mishra were found positive for Kovid-19.

BCCI vice-president Rajiv Shukla said, “We will see if we can get any suitable time for the IPL event later in the year.” It may be September but for now it will only be speculation. The situation as of now is that we are not organizing the tournament. ”

Due to Kovid-19, the IPL was held in 2020 in a bio-safe environment in the UAE. Then only a few cases of infection were reported before the tournament. More than three lakh cases are coming out in India every day, whereas more than 3000 people are dying every day.