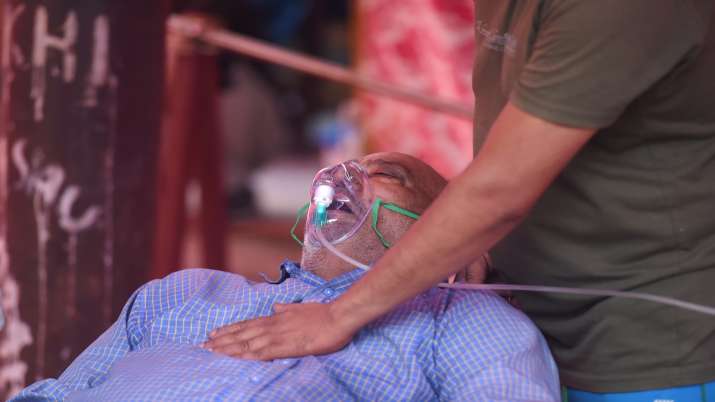 New Delhi. The second wave of Kovidatra-19 is becoming deadly and in the fight against this epidemic, Indian industrial houses are trying to provide all possible help by spending money like water. The Tata group has announced to bring 60 cryogenic oxygen tankers from abroad via aircraft and to set up around 400 oxygen production units. At the same time, Bajaj Group has committed to support Rs 200 crore.

The Tata group said that this oxygen can be used in hospitals in small towns. A senior Tata Sons official also said that various companies of the group together have arranged about 5,000 beds for Kovid patients. The group is also training some employees, especially those associated with its Indian hotels, so that there is no shortage of staff to care for patients. The group has converted many of its hotels into Kovid Hospitals. Chairman of Tata Sons (Infrastructure, Defense & Aerospace and Global Company Affairs) Banmali Aggarwal said that we are providing around 900 tonnes of oxygen daily. Tata Steel itself is doing this. Our people at Tata Steel have identified its transportation as a problem. We need special cryogenic containers. In India it is not. Therefore, it has to be traced to other countries and brought to the country by plane.

He said that we have identified and are in the process of bringing about 60 such containers. About 14 of that have already been brought. Many more to come. In this case we are working with our partners like Linde, with whom we have a good relationship. Aggarwal lauded the government for providing the Air Force aircraft to bring the container. He said that the second wave of the Kovid-19 pandemic has come from very severe and sudden. In this case it is different.

Aggarwal said oxygen still remains a challenge. One is the transport problem and the other is the production of oxygen. When we go to medium and small cities (Tier 2 and Tier 3) and villages, we will need localized methods for producing oxygen for hospitals. He said that the group has partnered with DRDO for this. Under this partnership, we will adopt the design of DRDO for the oxygen making plant. Aggarwal said that the group companies have come together to overcome this challenge before the country. Indian Hotels converted many of its hotel rooms into Kovid Hospital. It has 1,500 beds available. In addition, the Tata Trust has arranged 1,500 more beds in association with hospitals that are working with them. In addition, Tata Projects has provided 400 beds. These beds are added by new construction or improvements to existing hospitals. Apart from this, TCS is in about 16 cities. The company has about 100-100 bed capacity centers. There is also a complete system of oxygen in them. Together, the group has arranged around 4,000 to 5,000 beds.

The Pune-based Bajaj Group said on Tuesday that it would provide an additional Rs 200 crore for Kovid-19 epidemic relief measures. The Bajaj Group said in a statement that this financial support will be used to prepare the capabilities and resources to deal with the immediate challenges as well as a third wave. The statement said the amount would be in addition to the Rs 100 crore donated by the group last year to contribute to the government’s fight against the deadly epidemic.

Honorary Chairman of Bajaj Group, Rahul Bajaj said in a statement that in view of the severity of the second wave of epidemic, we have committed additional financial assistance of Rs 200 crore. The group has recently assisted in the purchase of 12 oxygen plants to supply oxygen to rural and urban hospitals. It has also helped in providing respiratory aids such as oxygen concentrators, ventilators and biaps. Bajaj said that during the last 130 years, the Bajaj Group has stood firmly with the communities, government and local authorities to bring about a positive change in the society.

Such a huge loss in April without national lockdown, yet demands strict action to be taken

Axis Bank has given a chance to earn big money, hurry, there are only a few days left for the scheme